Sloan appointed to IVCC Foundation Board 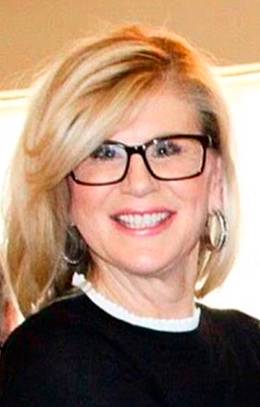 Julie Sloan of La Salle was appointed to the Illinois Valley Community College Foundation board by President Susan Schmitt at Monday’s annual meeting.

“We are flattered Julie will take time from her busy life to help lead our Foundation,” said Director of Community Relations and Development Fran Brolley. “She brings extensive nonprofit knowledge, a vast network of community contacts and financial expertise to our board.”

The meeting began with a moment of silence for former 20-year Foundation member Patty Godfrey of Ottawa who died July 10 at age 82. Godfrey served the board from 1994 to 2014 and created a scholarship in her family’s name.

In his report, IVCC President Jerry Corcoran credited Nussbaum and Board of Trustees chair Jane Goetz for connecting the college with Kyle Dooley of CNH Industrial. The connection has enabled IVCC access to state-of-the-art ag equipment from CNH and Stoller’s International of Ottawa. Beginning this fall, ag students will use the tractors and implements on IVCC’s 150-acre land lab, Corcoran said.

Brolley reported on new scholarships including the Clarence Sapienza Memorial award for aspiring elementary school teachers. The $1,000 award was created by Mike and Jackie Sapienza of Peru and Clarence’s widow Myrle. Sapienza, a World War II combat veteran and former Superintendent of Oglesby schools, died in April at age 99.